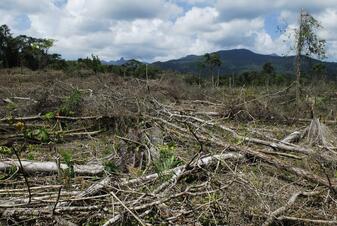 The Mesoamerican Biological Corridor is a global biodiversity hotspot, but it also has one of the highest deforestation rates in the world. Many factors, both anthropogenic and natural, have contributed to this forest loss, including weak governance, high poverty, climate change, illegal logging, and agribusiness expansion. However, the timing and location of much of the recent forest loss in this region corresponds strongly with increased cocaine trafficking, or narco-trafficking, activities. This project is motivated by the need to better understand the processes that produce spatial patterns of narco-trafficking influenced land-use and land-cover change (LUCC), which have both direct and indirect detrimental effects on conversation goals. Ultimately, such an improved understanding may motivate a shift from ‘supply-side’ drug policy, which can accelerate forest loss, to ‘demand-side’ strategies that can alleviate pressure on Mesoamerican landscapes.
Research Team
Kendra McSweeney (PI, The Ohio State University), Erik Nielsen (PI, Northern Arizona University), Jennifer Devine (Texas State University), Nicholas R. Magliocca (UA), Zoe Pearson (University of Wyoming), Steven Sesnie (U.S. Fish & Wildlife Service), Beth Tellman (University of Arizona), David Wrathall (Oregon State University)
Funding:  ​National Socio-Environmental Synthesis Center (SESYNC) under funding received from the National Science Foundation DBI-1052875 (2016-2018).
Publications

​Making the Hidden Visible: Accelerated Land-Use Change and Degradation Caused
by Narco-Trafficking In and Around Central America’s Protected Areas 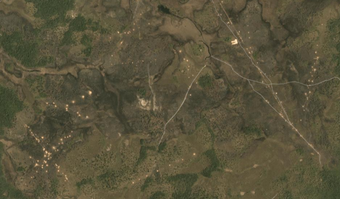 Around the world, illicit economic activities have profound impacts on land-cover and land-use change (LCLUC). Crimes that exploit the environment are highly lucrative, having reached an estimated global economic value of US$91 to $259 billion per year. One such landscape that has been targeted by various environmental crimes is the Mesoamerican Biological Corridor (MBC) in Central America. The MBC is a patchwork of protected areas, conservation schemes, and wildlife corridors containing an estimated 7-10% of the world’s species, and was established with more than $500 million of domestic and foreign investment. Despite its conservation importance, forest loss rates along the MBC were among the highest in the world over the last two decades. Accelerated deforestation throughout the MBC coincided in space and time with a shift to Central America as the preferred ‘transit zone’ for narco-trafficking, accounting for more than 80% of all U.S.-bound cocaine flows since 2010. This project uses narco-trafficking in the Central American MBC as a case study for how to render illicit activity spatially and temporally explicit – in other words, make the hidden visible. We will use a novel combination of remote-sensing multitemporal-data fusion, counterfactual land change modeling, and synthesis of criminal activity datasets to characterize and predict the impact of narco-traffickers on LCLUC in and around protected areas across the MBC.